Before we reach the southernmost tip, Today with a heavy heart we let our Blogtrain finish its journey for 2019. I know many of you are gearing for AtoZ challenge and so the Blogtrain will take a break. It was a wonderful, travelful, funfilled, bloggerful journey with all my teammates and the participants the #BharatXplorers.

Okay, so guys you remember in class 12th or college final year on the farewell day we use to tag our friends. well here too Supriya helped me with these. I am thankful to such a supportive host team of Aditi, Esha, Maheshwaran, PraGun, Preeti, Saba, Sanjota, Sudip, Suhasini, Supriya

So Suhasini is calm and composed, Sanjota is dependable, Maheshwaran is mast maula and always helpful from around the globe, Esha is chulbul pandey, Preeti madam is our perfect organized teacher whom we look forward to for all solutions. Well many say that my name suggests I’m a boy but I’m super cool who takes life as it comes well thanks for that, Sudip is sidha sada but complicated “namo namo”. Aditi is a active member always and has handled BBI very well, Saba is a sound personality and insta guru and last but not at all least Supriya herself is our marketing guru telling, suggesting, sharing various options for taking our blogs to higher levels.

Ah! that was something… Now will share with you all our last but not the least post of #XploreBharat blog train with #BlogBoosterIndia. 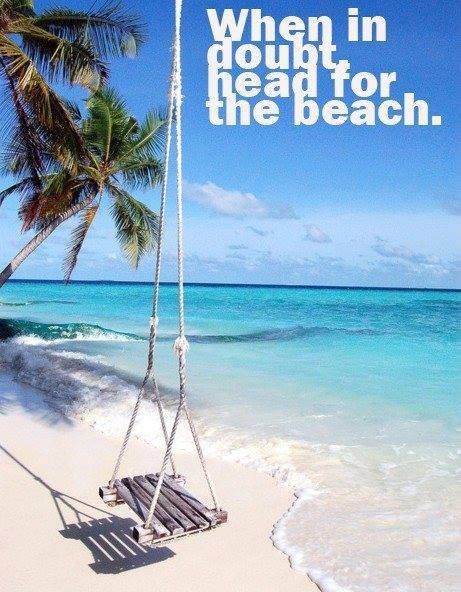 They say When in doubt head for a beach and which place better than Andaman & Nicobar islands The Heaven of India.
“The Andaman and Nicobar islands are not just a symbol of India’s natural beauty, but are also like a place of pilgrimage for Indians, said Modi Southernmost, when Prime Minister Narendra Modi recently announced the renaming of three islands of Andaman and Nicobar archipelago as a tribute to Netaji Subhas Chandra Bose.

The Neil Island as Shaheed Dweep and

The Havelock Island as Swaraj Dweep.

On December 30, 1943, Bose had suggested that Andaman and Nicobar Islands be renamed as Shahid and Swaraj Dweep respectively. During World War II, the Japanese had captured the Andaman and Nicobar Islands, and Netaji came here as the Azad Hind Fauz led by him was an ally of the Japanese force and made it the first territory freed from the Britishers. It was Bose, who hoisted the Indian flag at Port Blair and claimed the region from the British. It was during this time Bose suggested renaming of the Andaman and Nicobar islands as Shaheed and Swaraj, respectively.
“The historical event of 30th December 1943 has completed 75 years on 30th December 2018. Before this event, the prime minister visited the Cellular Jail and paid homage to those who were exiled and hanged as political prisoners in colonial India. The Cellular Jail, also known as Kala Pani, was constructed between 1896 and 1906.

Above all have you ever noticed the scenery on a 20 Rupee note?

The image of a picturesque bay lined with lush greenery captured on the red-coloured note is the North Bay Island. Don’t forget to capture the same view on the way to Mount Harriet. Mount Harriet is the second highest peak in the Andaman and Nicobar archipelago.

I recently visited Andaman Nicobar after 30 years, yes you read it right I had visited A&N when I was 8 years old and got the opportunity to visit again with my 8-year-old. Things have changed big time.

Situated in the Bay of Bengal, is one of the last remaining virgin rainforest islands in the world. Andaman & Nicobar Islands are relaxed tropical islands on the outpost of India. These mysterious islands are blessed with Shimmering beaches, turquoise waters, and scenic landscapes.

Superb, near-deserted beaches, incredible corals along with marine life and intriguing colonial past, lure travelers to these mysterious islands. The picturesque island is a favourite destination for honeymooners or even those looking for a perfect getaway. But, it won’t be easy for me to take you on the complete tour of Andaman Nicobar island. So, I have decided to visit the Southernmost tip of Indian territory which is considered as Indira Point as our final destination.

the last part of our Indian territory 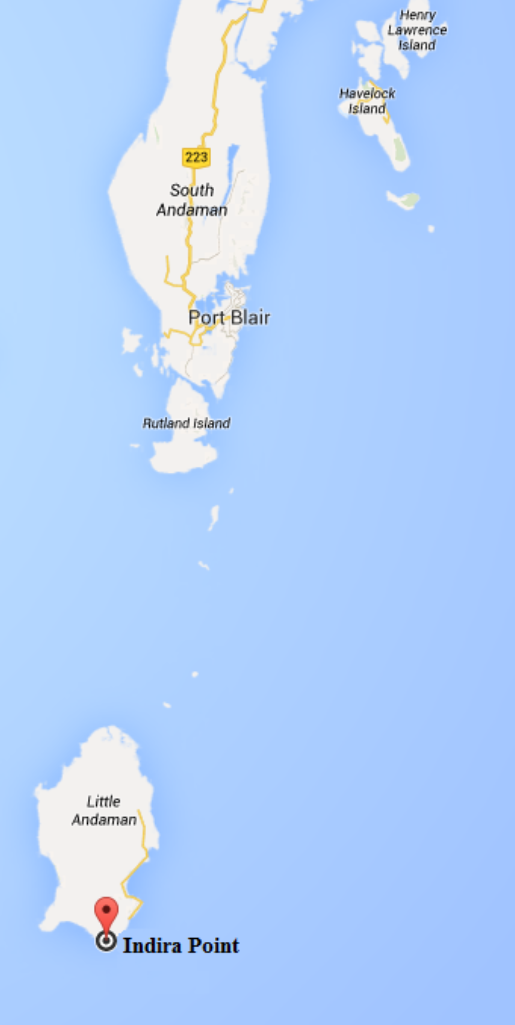 Also, there is a lighthouse located at Indira Point which provides illumination/ direction to the sea vessels traveling to Malaysia and Malacca via India. The Indira Point lighthouse was commissioned into service on 30 April 1972. Once in a lifetime, one has to be at this spot to capture this magnificent view all around.

The term Nicobarese refers to the dominant tribes of the Nicobar Islands. On each island, the people have specific names, but together they are the Nicobarese. They call themselves Holchu, which means “friend”

The Nicobar Islands are an archipelagic island chain in the eastern Indian Ocean. They are located in Southeast Asia, 150 km north of Aceh on Sumatra, and separated from Thailand to the east by the Andaman Sea. Located 1,300 km southeast of the Indian subcontinent, across the Bay of Bengal, they form part of the Union Territory of Andaman and Nicobar Islands, India.
UNESCO has declared the Great Nicobar Island as one of the World Network of Biosphere Reserves 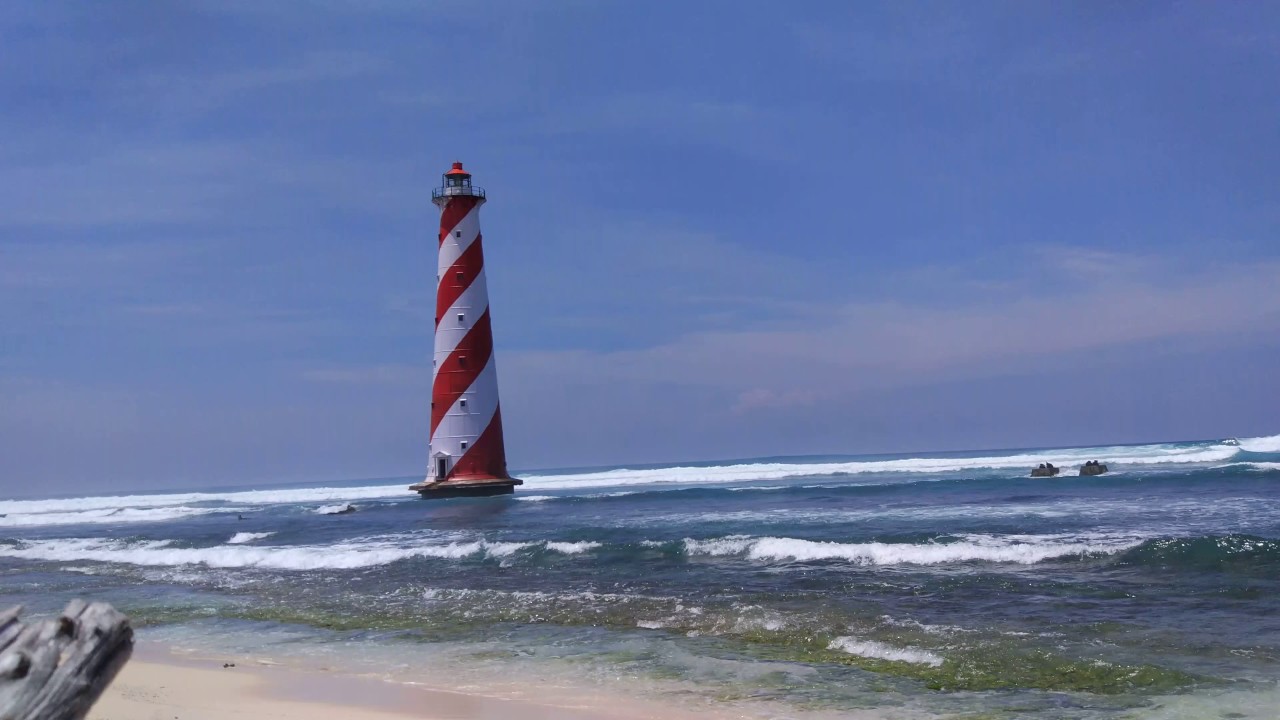 Few Points about this southernmost tip of India

Before I say Goodbye

In conclusion, On this note and post share, I hereby say goodbye to come again with another blog train with BlogBoosterIndia. I thank all the wonderful Bharat xplorers who beautifully covered Bharat locations. Check out all awesome locations by our Bharat xplorers here with #XploreBharat and #BlogBoosterIndia. Now On behalf of the whole XploreBharat hosts and with our two last destinations of Chitrakoot falls by Preeti and Indira point in Nicobar by me, I hereby take this opportunity to end the 70 destination blog train.

I want to give a big shout out to our Sponsors: kaivindia FabZania

In addition, To know more about such places stay tuned to #XploreBharat from #BlogBoosterIndia.

#XploreBharat, come travel with us as we explore India.