At crossroads between two bad choices, but have to make a choice whatsoever. Given two choices, but they are both bad, so the one which is less bad is considered the lesser of two evils.

Ever had to make such a choice?? Yes! Life does give us all kinds of choices.

Yes, we do face this kind of situation in life many times when faced with selecting from two immoral options, the less unpleasant of two. That’s life, even if its bad, both are bad still one has to pick the better option even if its bad.

Purvi, was a meritious student. She took tuitions during her graduation days and earned her fees herself. Now she was pursuing her post graduation part time along with a day time job. The last 6 months of her dual masters degree she got a job offer of her choice, which can completely change her life, her ambitions would be fulfilled. But she had to choose the lesser of the two evils this time to move ahead in life.

A simple local job was the first choice as she cant leave her single mother alone who had made her what she is today. Mother herself is working since last 30 years and she cant expect to change it at this time, as mothers job right now is the only livelihood for both of them. And the other choice was to opt for that job but the evil is that she had to leave for job from her present location at 5 am in morning to catch the train to reach her golden job so as to reach there at 0800hrs and returning time not known being in corporate sector and that too demanding job in growing firm and then travelling back to a city in haryana delhi border which is marked unsafe for women till date.

I don’t blame but this is what life is all about, making choices sometimes better sometimes worse. We are in a dilemma to choose between the less bad thing amongst a pair of bad things. 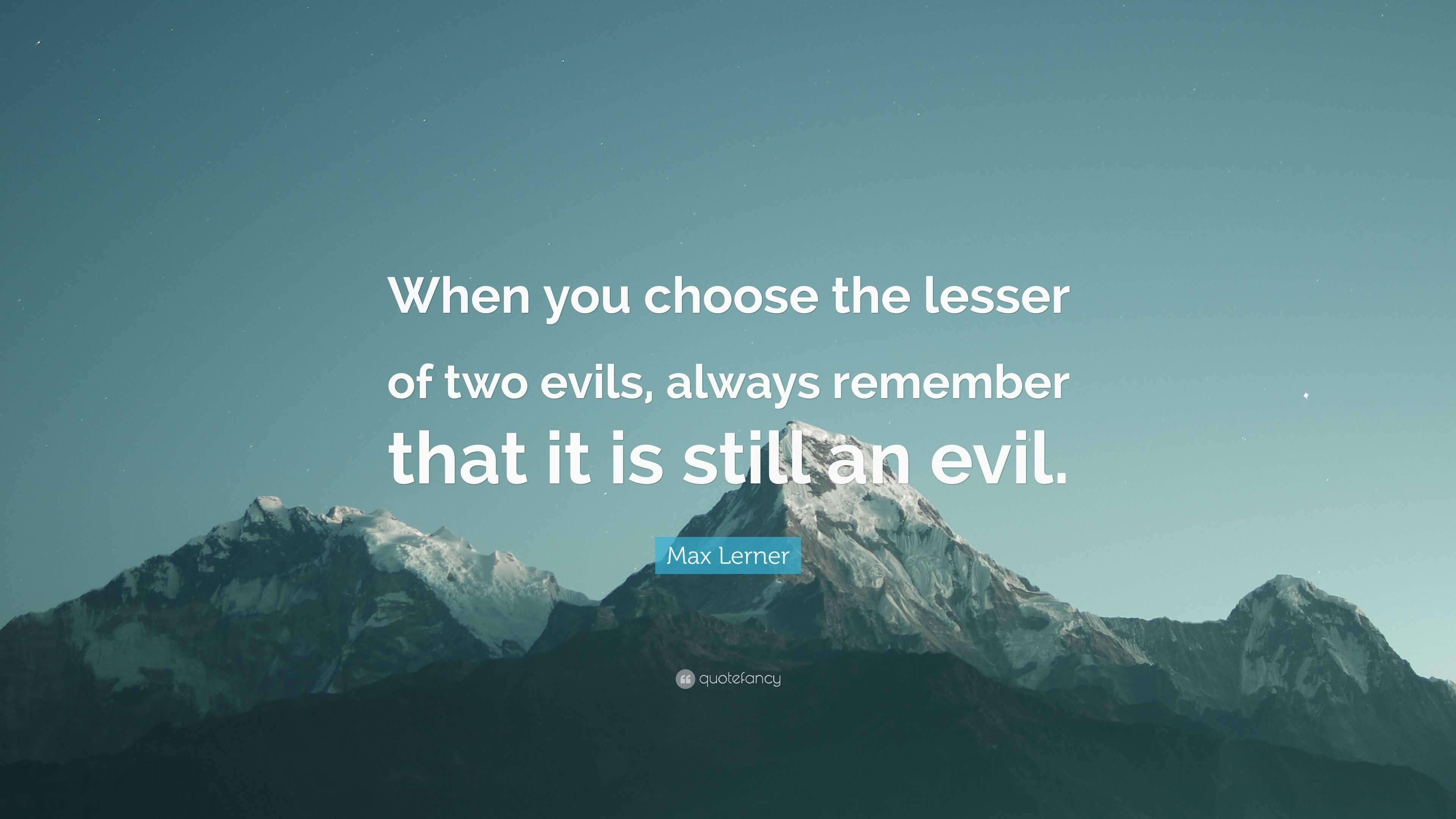 Now if a teacher asks have you stopped cheating in exams, yes means you admit the wrong doing and no means you continue to cheat.

two unfavorable alternatives can change your life, say in a movie at climax scene one visualizes whether the hero will kill or leave the villain. here we make a choice you know that villain is bad but killing is also bad.

It’s like asking a mother to choose between her two kids. One can’t make a choice ever. or 3rd choice is to fight over.

I recently read about the trolley problem a thought experiment first devised by the Oxford moral philosopher Philippa Foot in 1967, where in one has to save either 5 people on board a fast moving train which is out of control but there is one person suicidal lying on the tracks so whom to save??

There is no definitive solution to choose the better evil, but the best solution in the given situation. as we cant leave the issue or refuse to attend to it.